Chat with us, powered by LiveChat

Considered the primary airport serving the city of Melbourne and the second busiest airport in Australia, the Melbourne Airport is recognised as the main international airport of the four airports serving the Melbourne metropolitan area.

Serving 4 of Australia’s seven other capital cities, the Melbourne Airport is home to the Australian airExpress and Toll Priority, handling more domestic freight services than any other airport in the country. The airport also serves as the major hub for both Virgin Australia and Qantas, while Jetstar utilises the airport as home base.

Around 25 million domestic passengers and 10 million international passengers used the airport in 2016 to 2017, with the Melbourne–Sydney air route being the third most-travelled passenger air route in the world. With an estimated yearly visitor count of around 68 million visitors by the year 2038, it was only a matter of time before the expansion of the airport, particularly in Terminal 3, was going to be rolled out.

With the massive renovation plans came the urgent need for additional washroom facilities throughout the entire terminal precinct. The main consideration for the washroom additions was obviously to have an optimised capacity to readily accommodate the heavy volume of users within the arrivals/departures area of the terminal.

The foot traffic included not only passengers coming and going through the terminal but also the airport management and personnel, airline crews, and other staff from the various businesses established within the terminal..

Dolphin worked with Peddle Thorp Melbourne Pty Ltd and the Hutchinson Builders for the Melbourne Airport Project, the vision of which was to create the feel of individual user washpoints while still maintaining the full Alavo system and its array of benefits.

To create the feel of individual user experience, Dolphin set up Individual custom frames on mirror fronts per washpoint with their proprietary Alavo washwall systems and Corian wash troughs to complete the look.

The Alavo setup on the Melbourne Airport T3 project was ideal for the client who was looking to achieve that sleek and elegant feel of their washrooms without jeopardising functionality and of course sustainability.

The Alavo wash stations at the Melbourne Airport T3 project were all bespokely made to measure based on client’s specifications, and every washwall unit was customised with Corian wash troughs and beautiful lighting colours that blended perfectly well with the terminal’s washroom designs.

Other than the environment-friendly features of its components (such as their optimised water, soap, and energy-saving capacities), the Alavo system resolves common airport washroom problems, particularly slip and trip hazards. Without the need to move from one area in the washroom to another to wash, soap, and dry one’s hands, such hazards are eliminated. Replenishment and maintenance are likewise optimized with the concealed cartridges for the soap and sanitiser refills strategically placed behind the mirror. 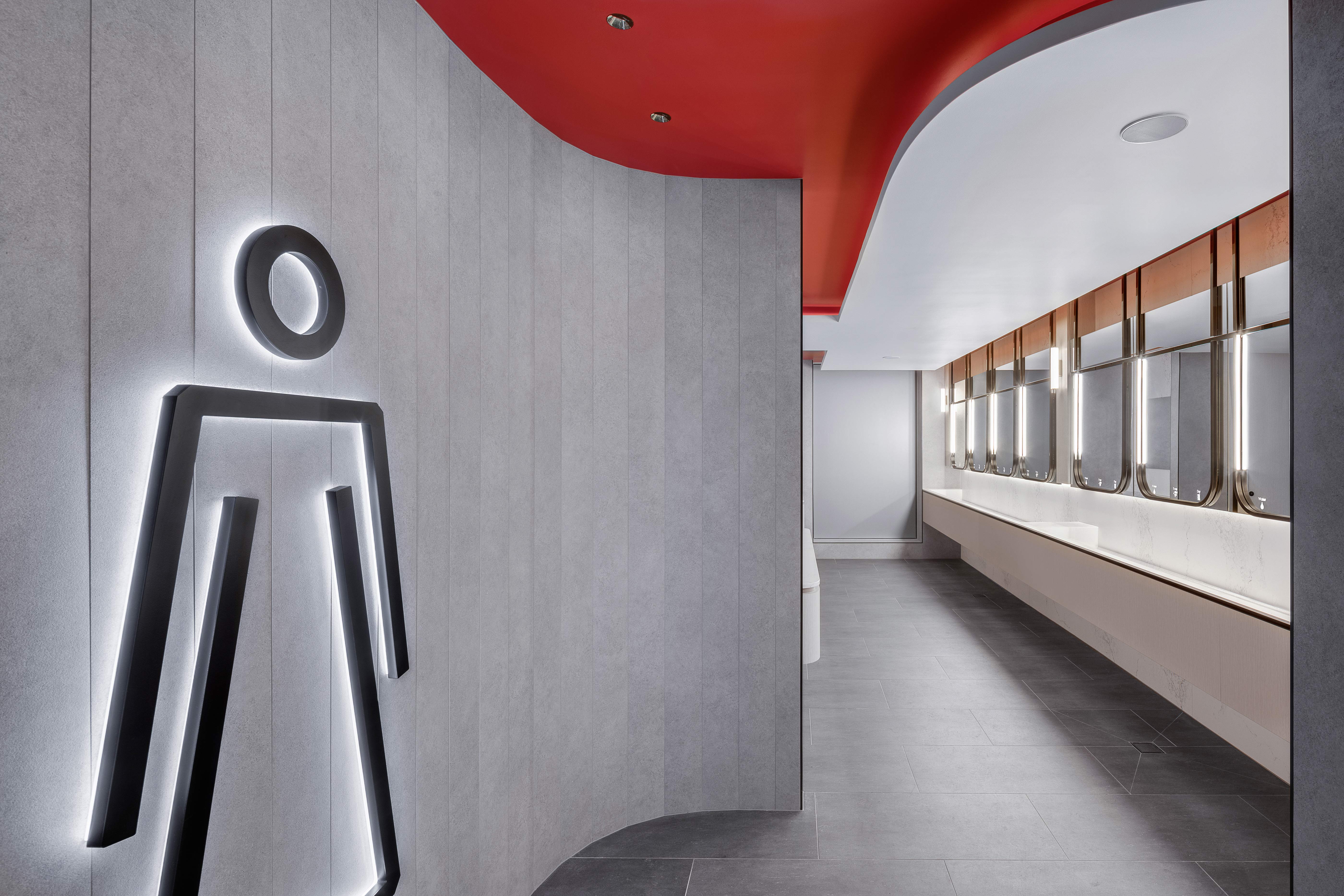 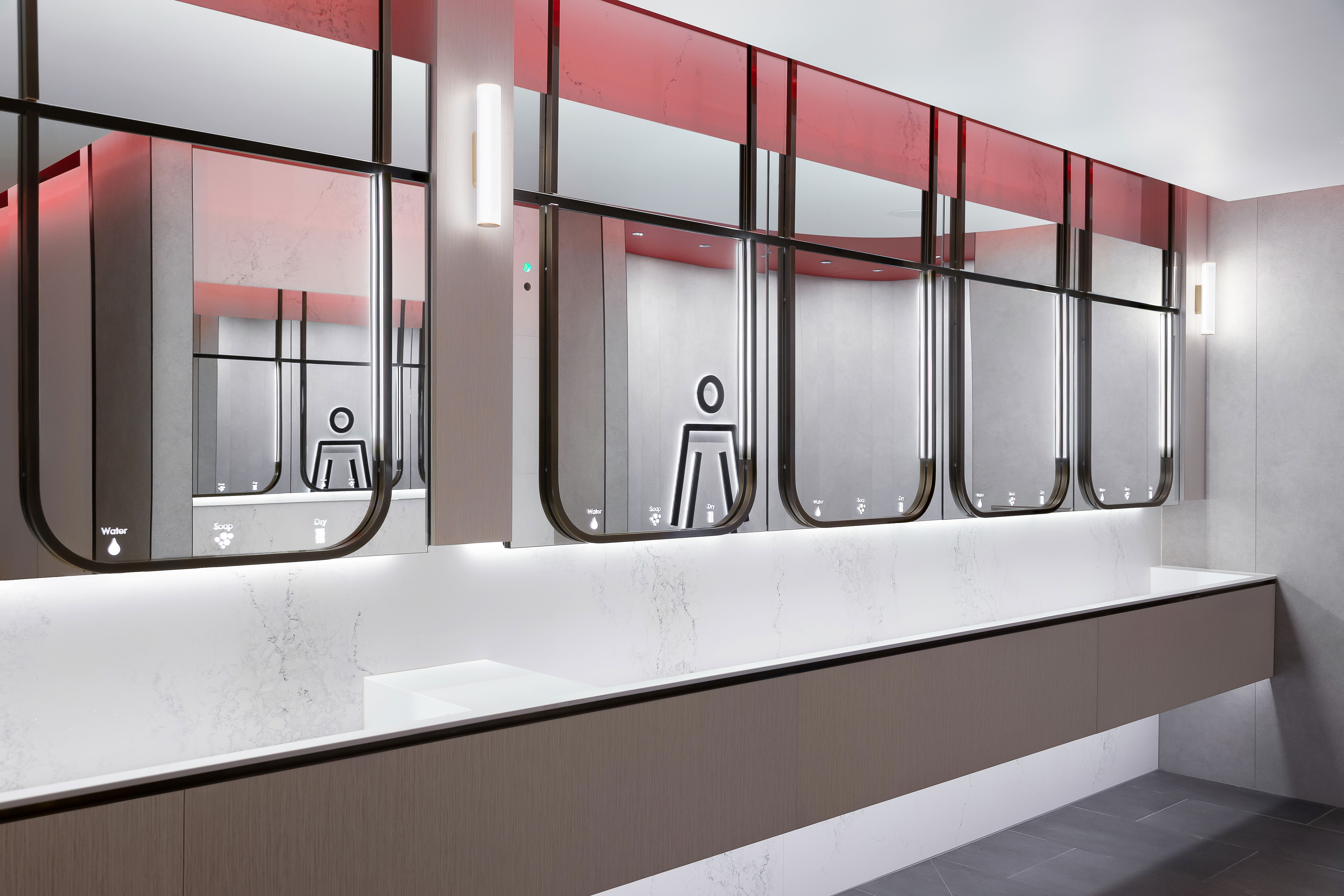 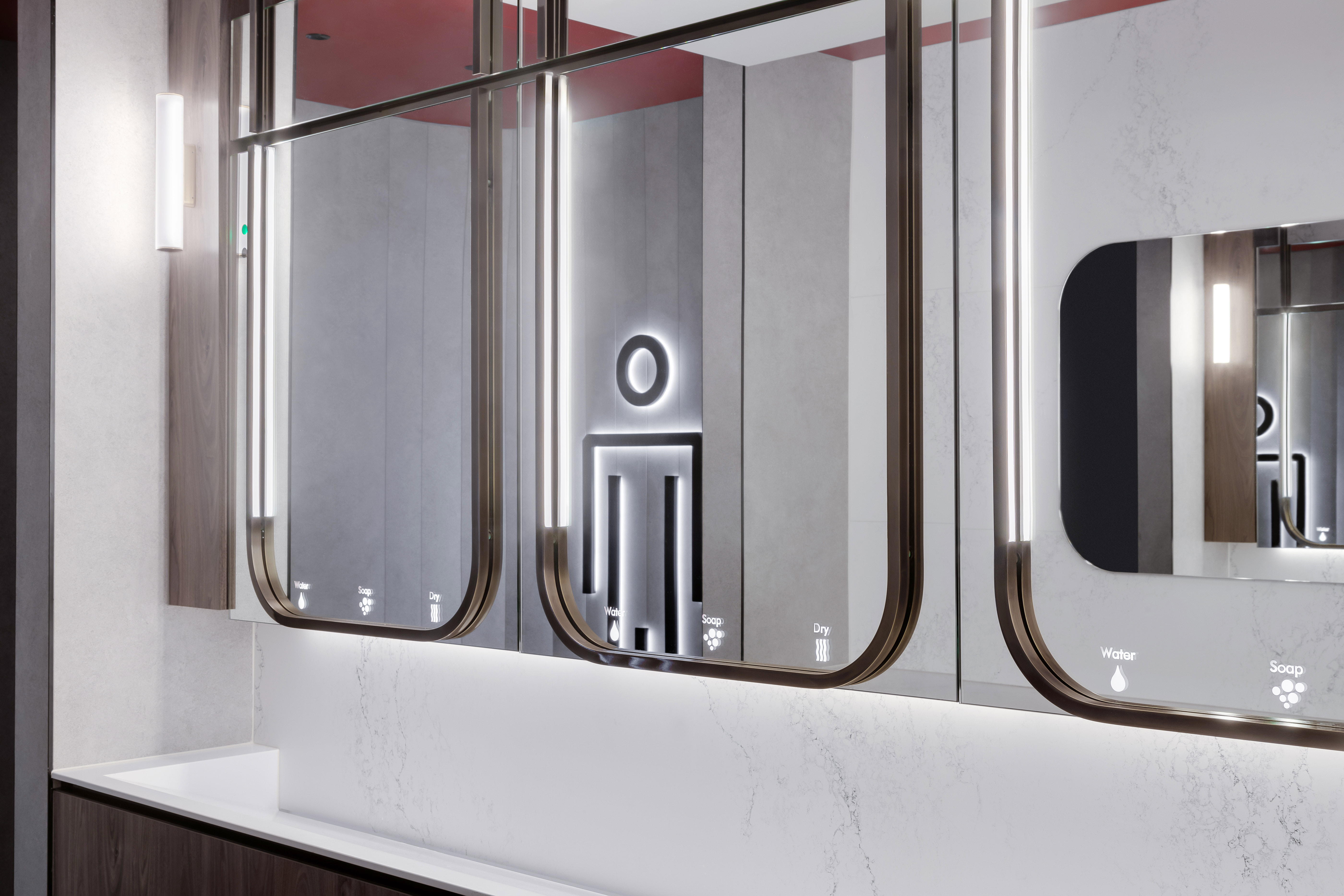 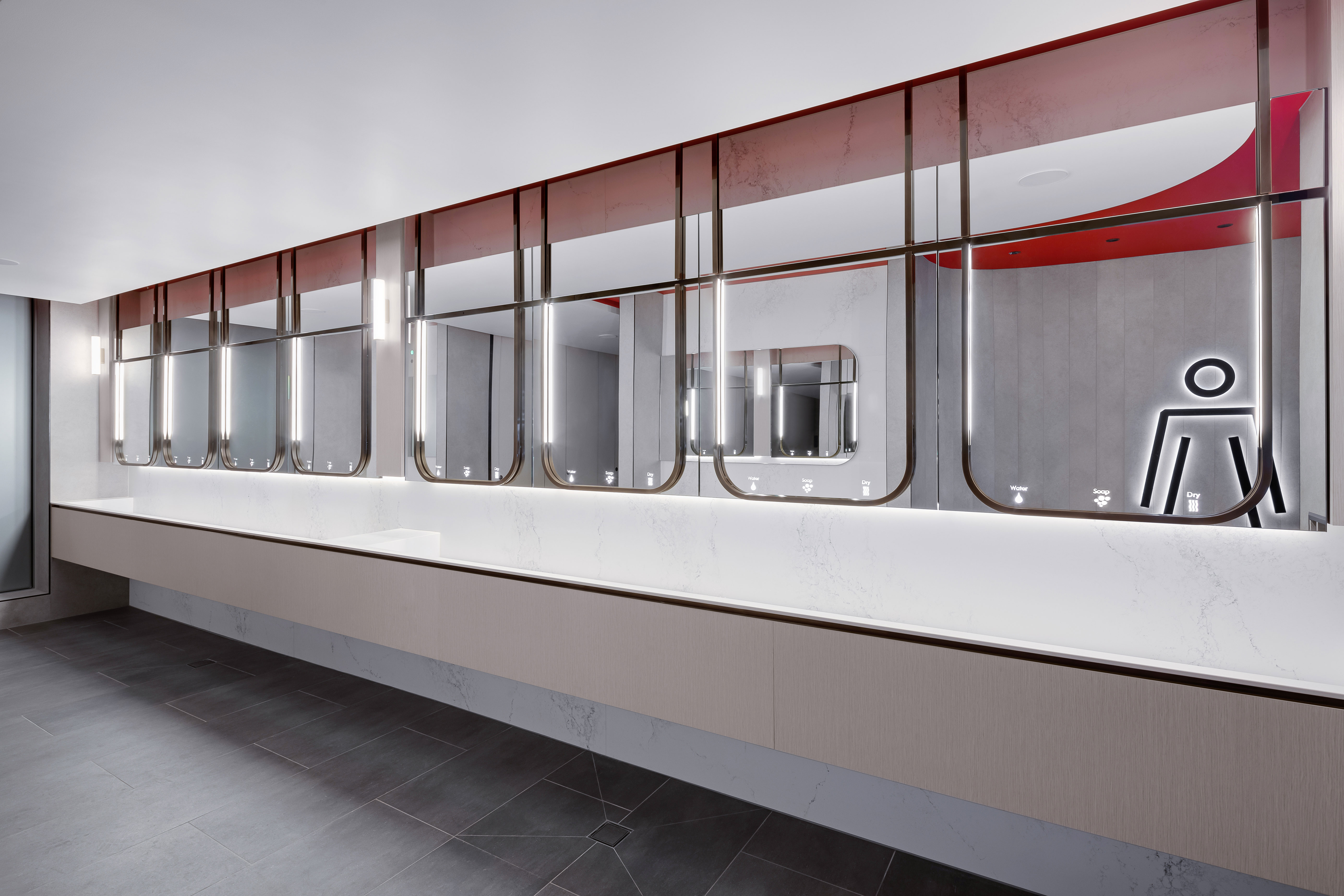 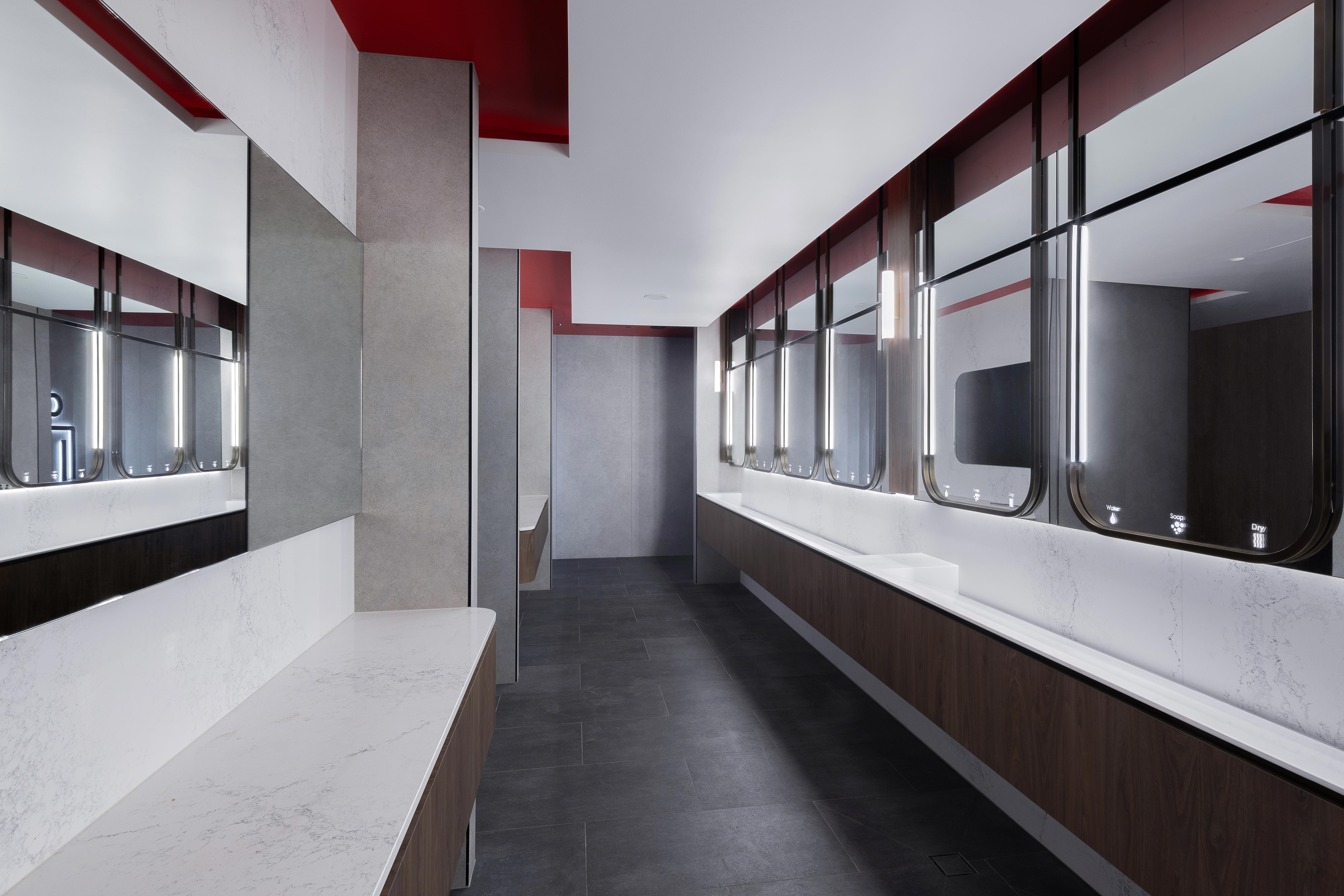 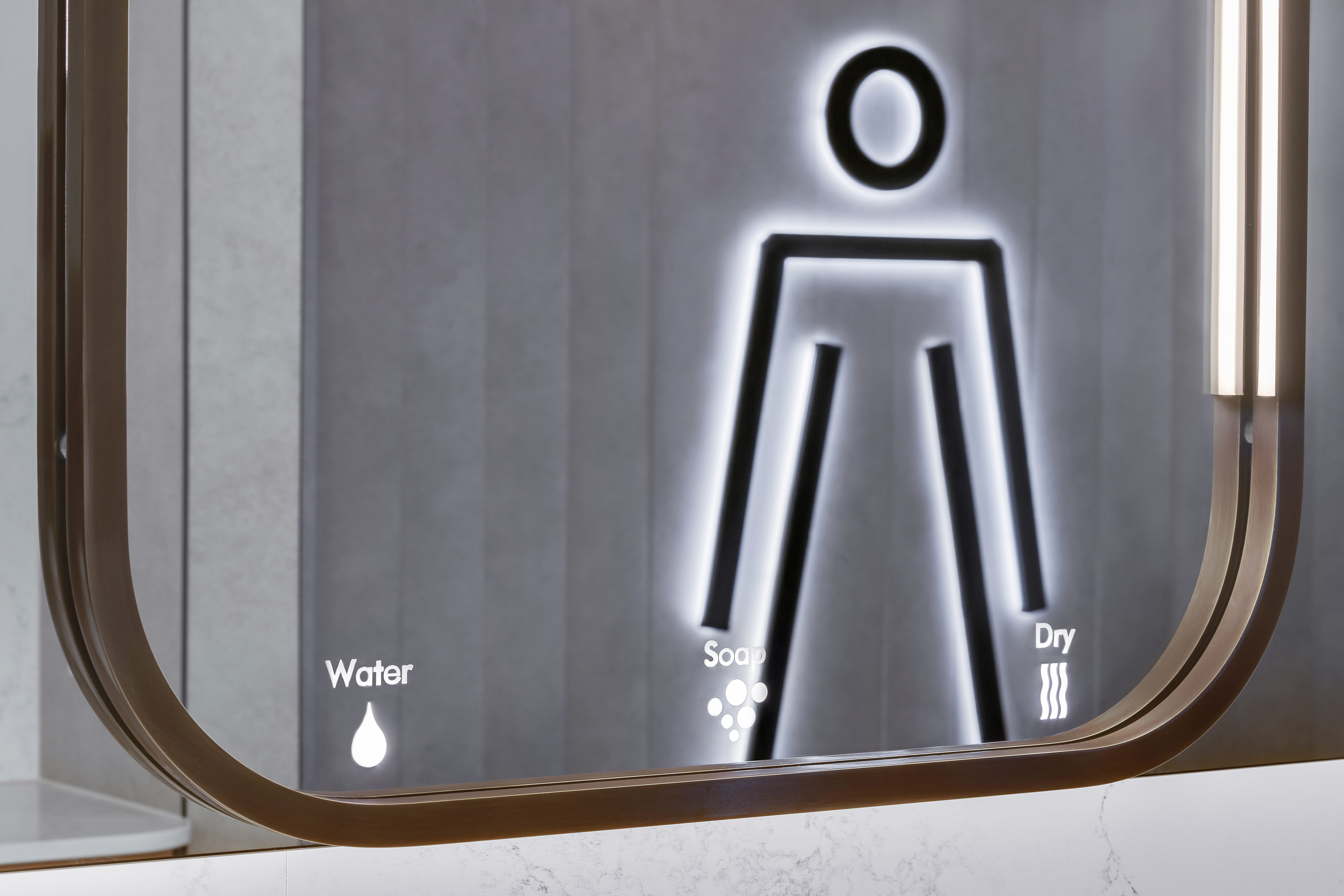 Have no product in the cart!
0